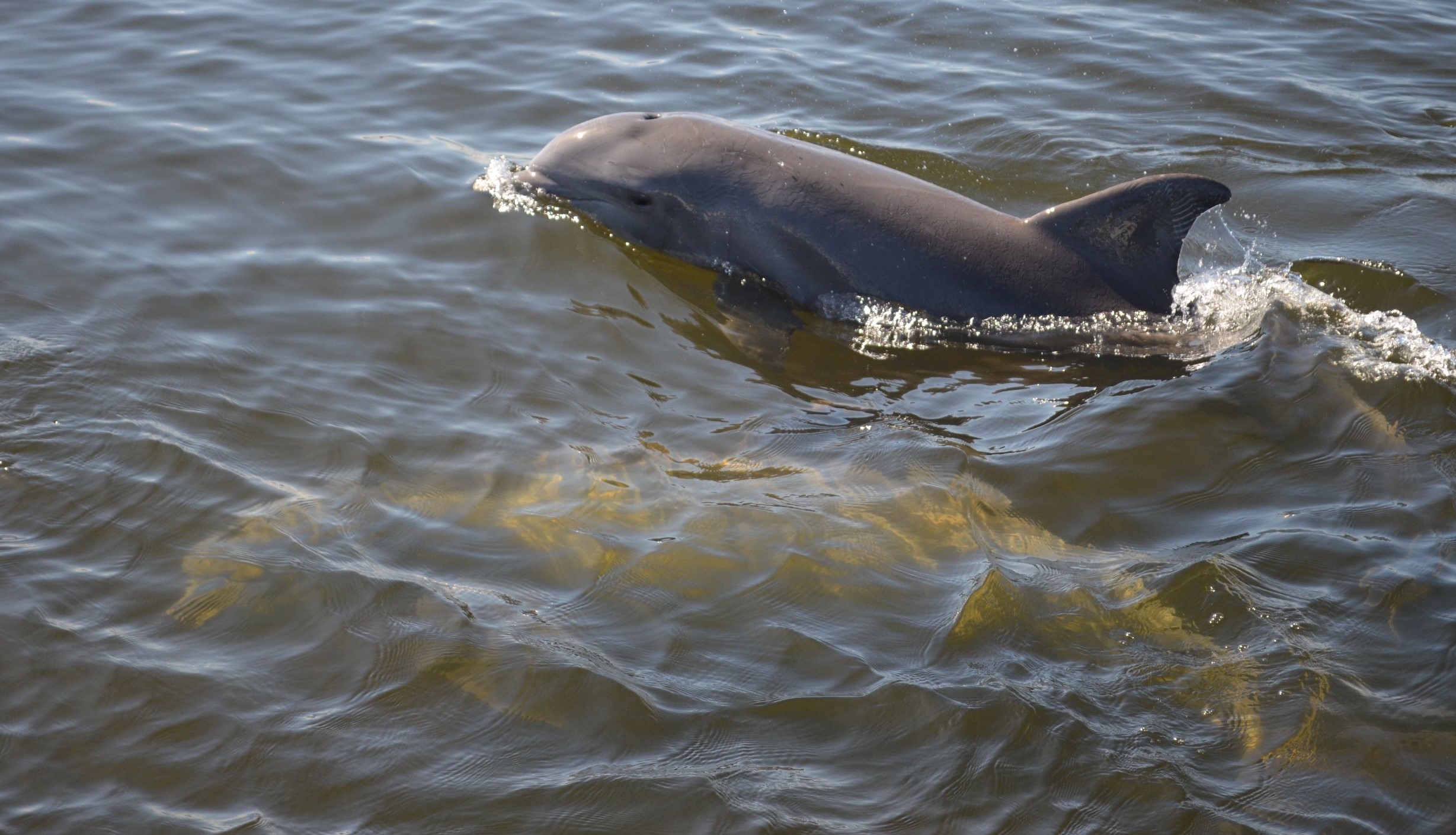 One of the most beloved marine mammals is, of course, the dolphin. Here are a few of the top questions Captain Russ receives about our seafaring friends.

Will we see dolphins on our boat tour?

Like all creatures in the wild, dolphins live according to their own schedule, so we can’t guarantee that you will absolutely see dolphins on every trip. We do have a resident population, though, and the likelihood of seeing these delightful creatures is good. We see dolphins on about 75% of our trips. While you’re enjoying your tour, our captain keeps a vigilant eye out to spot disturbances in the water that indicate dolphins.

Can we feed or swim with the dolphins we see?

No. It is actually illegal to feed or harass wild dolphins. Native Sun Tours takes special care to keep a respectful distance from the dolphins, because in the end, that’s what’s best for these very special creatures. According to wildlife viewing instructions from the National Oceanic and Atmospheric Administration (NOAA), feeding can actually disrupt and seriously harm dolphins’ natural behavior. Further, swimming with wild dolphins can actually be dangerous to you. They are not tamed or trained animals and can bite when “angry, frustrated, or afraid,” according to NOAA.

What kind of dolphins live in the water around St. Augustine?

St. Augustine is home to the Common Bottlenose Dolphin (Tursiops truncatus). The bottlenose dolphin lives in both inshore and offshore waters along temperate and tropical coasts throughout the world, including along the entire coast of Florida. Bottlenose dolphins are highly intelligent and can live at least 40 years. If you ever get the thrill of seeing a dolphin jump, they appear quite acrobatic, but adults can actually weigh between 331 to 442 pounds.

What’s the difference between a dolphin and a porpoise?

Generally, dolphins and porpoises are different in their body shapes, according to the National Ocean Service. If you think about the dolphin images that you see associated with Florida, you’ll note that they have a fairly long nose and that their bodies are somewhat long and sleek. Porpoises – not so much. They’re stouter and don’t have a long nose.

Also, while we are home to inshore bottlenose dolphins, you won’t see any native porpoise species along the coast of Florida. (The closest is the Harbor Porpoise, whose range stops off the coast of North Carolina.)

What’s the best tour to see a dolphin on?

Over the years, we have found that dolphins can be spotted as much during the day on our Highlights by Water Tour as on our Sunset Tour in the evening. No matter which tour you choose, we tend to see dolphins in small groups, also called pods . According to the Florida Wildlife Commission’s dolphin profile, the inshore pods that we see tend to number up to 10 individuals, while offshore groups can number from 10 to 100. When we spot dolphins, they’ll typically be on the move, but fortunately the setup of our vessel enables all passengers to typically observe them for several minutes.